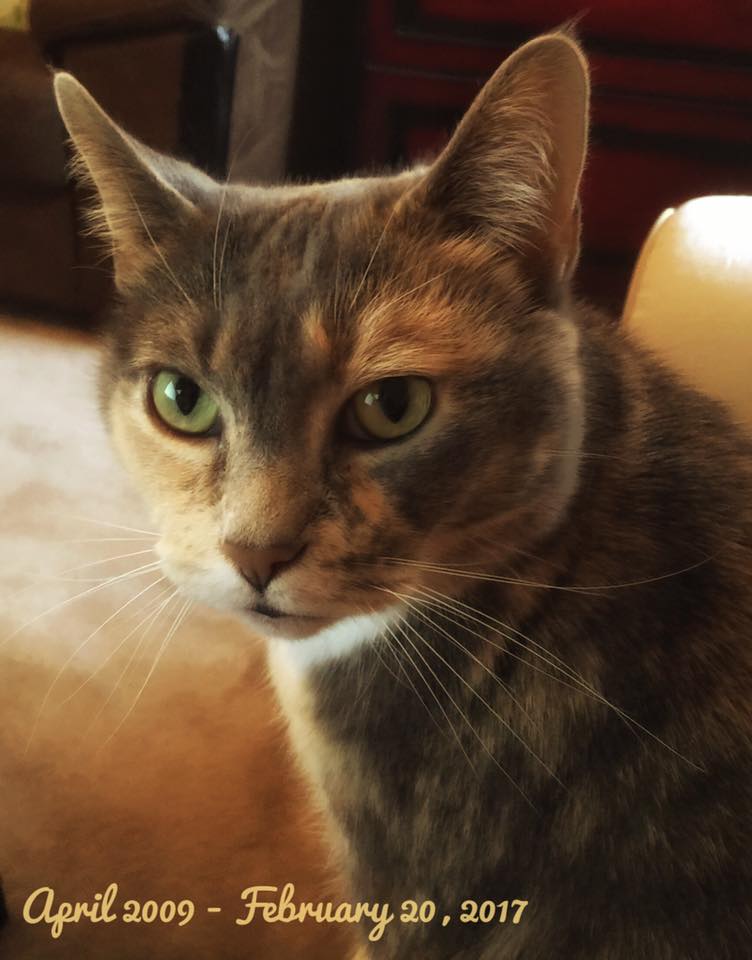 When Sabrina was just a few months old, she wandered up to my husband's workplace starving and skinny, she had been shot, one of her toes was barely attached (as if someone had smashed it), and she had terrible worms. She was very sick. Hubby called me and we immediately took her to the Vet, which was about 30 miles away. She stayed for a week there for them to do surgery to remove the bullets and to nurse her. She came home and we nursed her for a few weeks, and then she went for another surgery and to get fixed. She recovered and became THE BEST cat we've ever had. She was so special, so smart and so loving. She would hug and curl up just like a person, and was clingy and just loved to be loved. I got Stage 4 Ovarian Cancer 3 years after she found us, and after a 6-month battle with it, I was finally able to be home again, she stayed in the bed right by my side and on top of me. She was beyond amazing. February 20, 2017 she died suddenly due to seizures that lead to a massive stroke. We think her death was due to one of the inoperable BB's, from when she had been shot, that moved and caused her death. It's been almost a year now, and I miss my baby terribly.