Forever in our Hearts Memorials
Date of Death:   Thursday, January 19, 2023 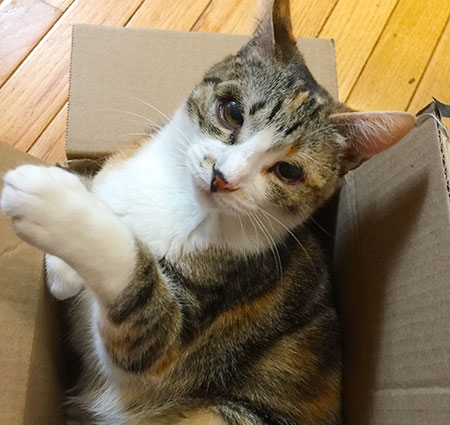 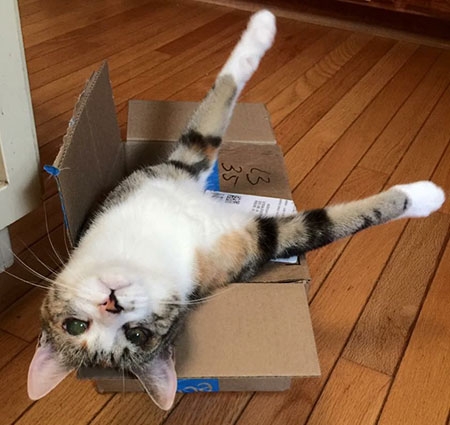 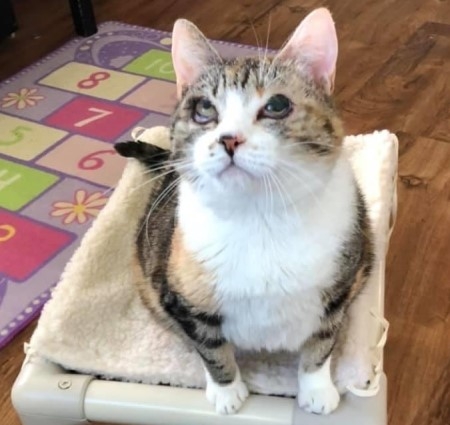 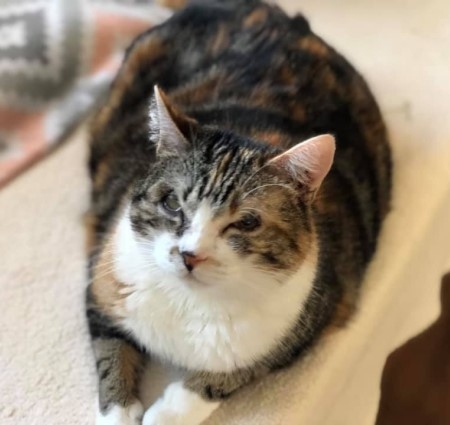 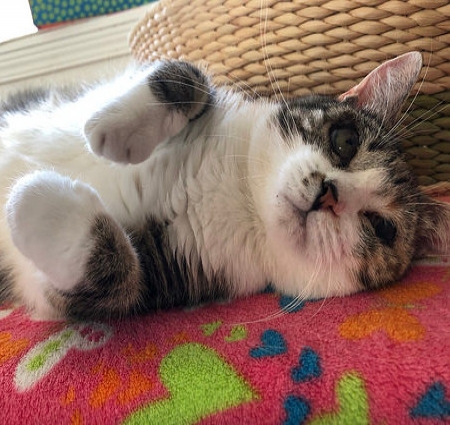 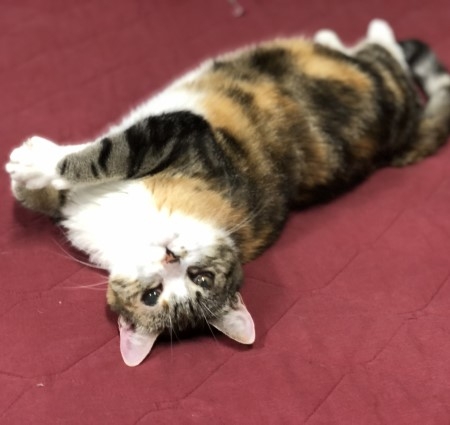 Gouda and her sister Brie, came to us from the Springdale, Arkansas shelter in 2016. Both girls were born without eyelids and needed eye drops every few hours. That's tough to do in a shelter environment. The shelter had just received 72 new cats from a hoarding situation, in addition to the endless number of kittens arriving daily. Hard decisions would have to be made if we couldn't accept these girls. Of course, we said yes.

Their surgeries were scheduled for October. In the meantime, they were both spayed and we rushed to raise the funds needed for their operations. Although Brie's surgery went well, Gouda's was only successful in one eye. One of her new eyelids did not "take". The vet warned us it might happen. We gave her drops in that eye and kept a watchful eye on it.

Gouda was the bigger, bossy sister. She did not take any grief from anyone but Brie. They would often run around the sanctuary chasing each other, then collapsing together into a fluffy bed, completely exhausted.

In 2023, she was diagnosed with a condition known as mega-colon. Despite all the medication and procedures the veterinarian tried, her condition was not improving. Also, her eyes had started to deteriorate despite multiple applications of eye drops throughout the day. Another troubling issue was her X-rays showed her chest was very underdeveloped. It was the size of a kitten's. It is not surprising for a cat who has birth defects (like Gouda being born without eyelids) to have multiple areas of defects.

Gouda was clearly in discomfort and was not a candidate for surgery due to her chest malformations. Our veterinarian said she could "band-aid" the problem by giving her daily enemas but it was a poor quality of life, especially since they didn't work well the last three times. She agreed the kindest thing to do for her was to let her go before she got worse.

We held her paws as she passed, letting her know we loved her and would miss her so much. Fly free, sweet girl. We can't wait to meet again on the other side.

...Laura Zilko, thank you for loving and sponsoring Gouda.

Watch a video of Gouda.