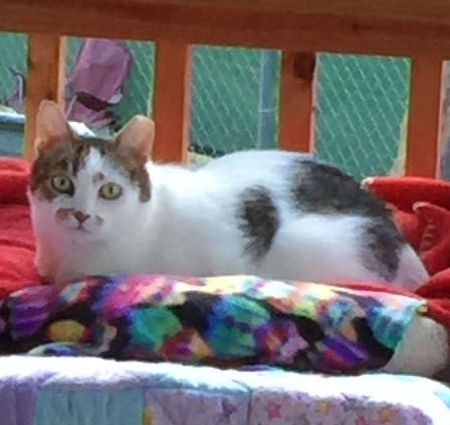 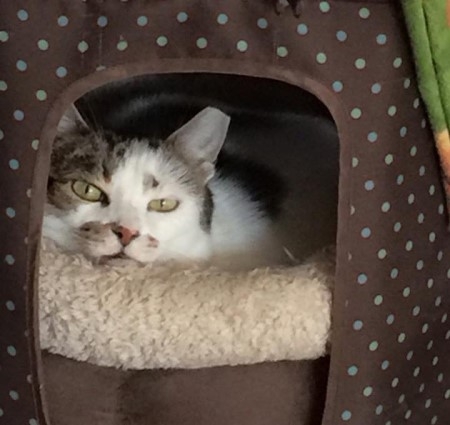 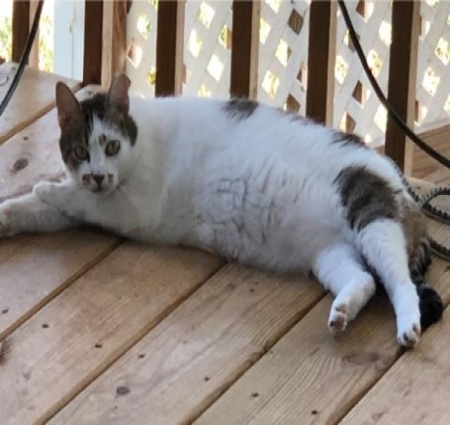 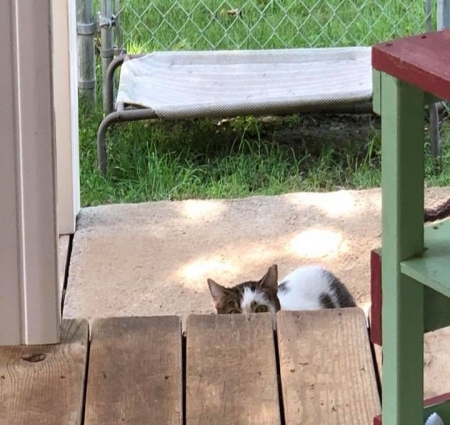 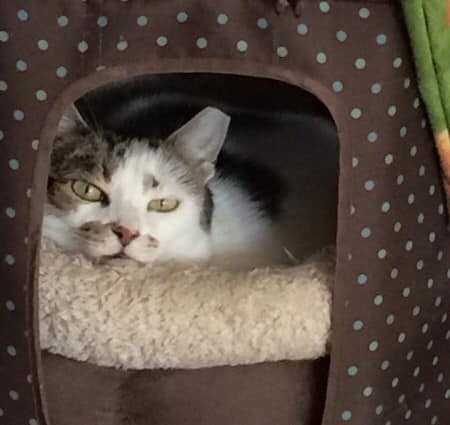 Blanca came to us when we received a call asking for help trapping a pregnant cat who was living in an old sofa in someone's backyard. There she was...completely terrified, hiding inside a soggy sofa in the middle of a rainstorm.

We trapped her and transported her to a spay/neuter clinic where she was going to be spayed the next morning. Imagine our surprise when we pulled back her trap cover to sedate her for surgery, only to find her sitting next to a puddle of five newborn kittens!

While she was not vicious, she was very frightened which did not make her a good candidate for an inexperienced foster. We took her in to our sanctuary and helped her raise and socialize her five beautiful babies.

The kittens were quickly adopted but what to do with Blanca? Her previous situation was dangerous and no one was caring for her. After her six weeks stay with us, we did not feel comfortable returning her back into that environment. We decided she deserved a better life and made her a permanent resident at the sanctuary.

Blanca remained skittish and no amount of coaxing had worked to soften her fear of us. But we regularly saw her playing and snuggling with other cats and that made us happy.

Blanca crossed the Rainbow Bridge on June 13, 2022. She had a mammary tumor that had grown into her chest and lungs. The kindest thing was to let her go. She was one of our original cats from Austin and very feral. We estimate she was 16 years old. Fly free, Blanca.