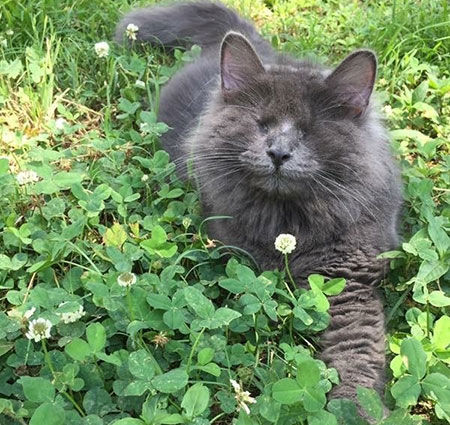 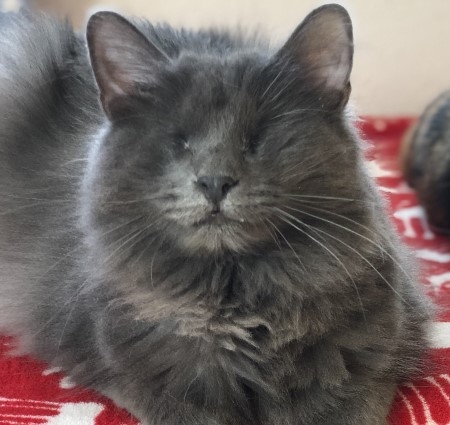 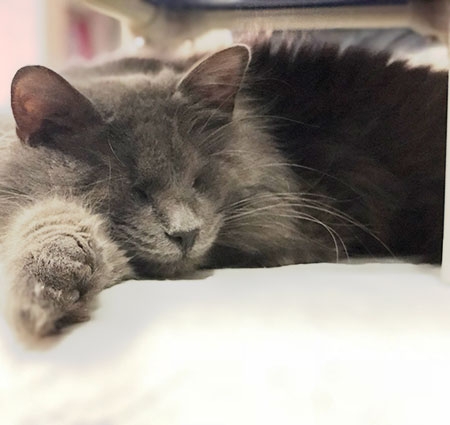 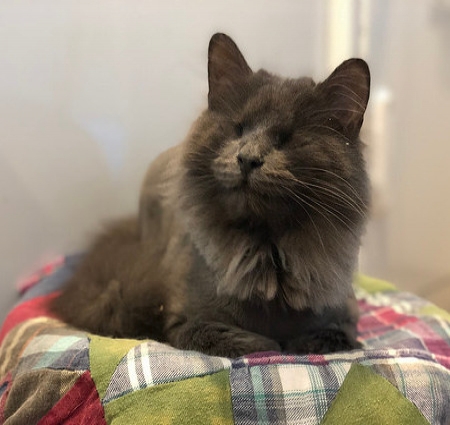 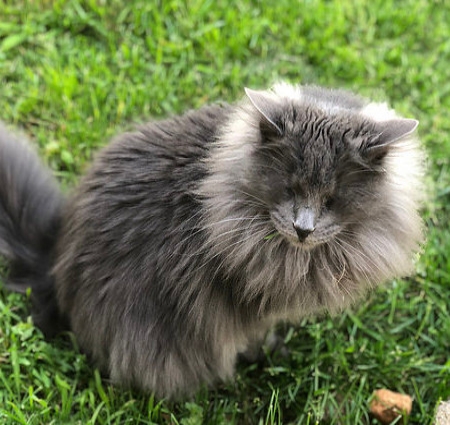 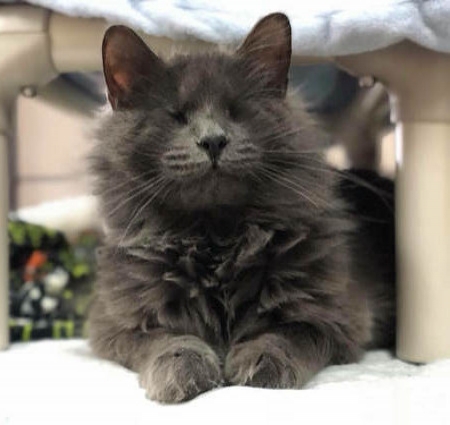 Skyla and her brother, Pixel came to us from a local rescue group. Not much is known about this beautiful pair of blind kitties other than they were given to someone at a PetSmart in Arkansas. From there, they passed hands until they landed with the rescue where they were fostered until permanent homes could be found. Unfortunately, placing special needs kitties is especially difficult in this part of the country. The rescue reached out to us for assistance and we accepted them into our sanctuary. Both kitties were born blind with underdeveloped eyeballs, which were removed to prevent infection.

The interesting thing about blind cats is that they do not know they are blind. They have never had sight so it is all normal for them. They navigate life through their other senses: sound, smell, touch, taste. These siblings have excellent hearing - they can hear the crinkling of the treat bag from anywhere!

Skyla is a sweet, mellow girl. She's not fond of strangers or loud noises and is more cautious than her more outgoing brother. But once she recognizes your voice, she will give you a cute little meow to let you know she requires some attention. It is not hard to give in to her requests. She is a beauty. Her favorite thing is to be the first one on the counter when it is meal time. She must ensure that every last morsel is tasted and deemed worthy to serve to the other sanctuary cats. She gets carried away sometimes and chows through an entire can before she realizes it! Skyla and Pixel love to explore the outdoor enclosure. Skyla loves to sit on the deck and follow the sounds of the birds from the nearby bird feeders. She is an excellent bug catcher, thanks to her heightened hearing abilities. But the place she loves best is on your lap, absorbing all the love and attention she can!

Watch a video of Skyla.