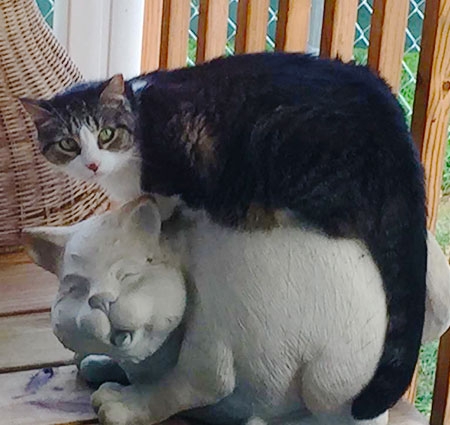 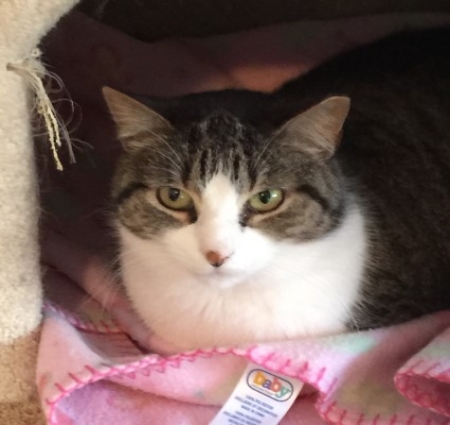 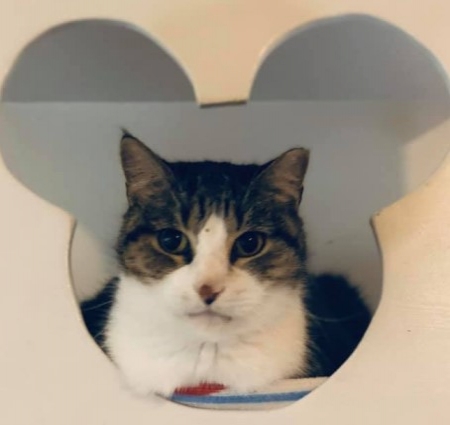 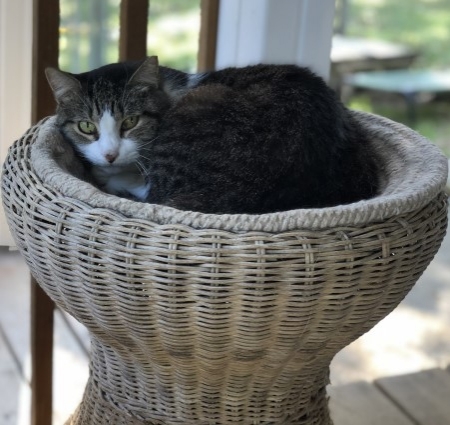 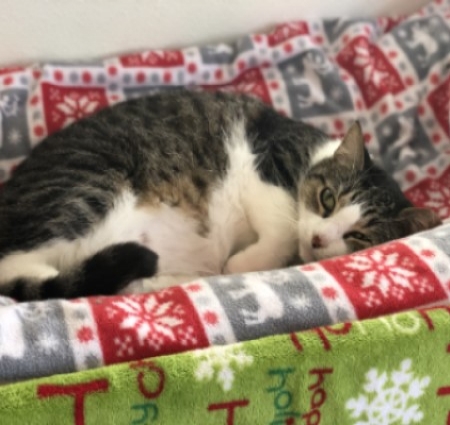 Ruby was trapped by a warehouse worker in Austin. She had sneaked inside and repeatedly tripped their alarm system at night. They asked she not be returned. The area was industrial and she had little hope of finding shelter or food so after she was spayed, she came to live at the Sanctuary. Ruby is still feral but has relaxed quite a bit. She will allow us to move around her while she eats without being bothered. Her favorite place is perched at the top of the 8 ft. cat condo. She's a beautiful girl and we hope she will allow us to pet her someday soon.

Watch a video of Ruby.

Want to Sponsor Ruby? Click here to become a Sponsor.