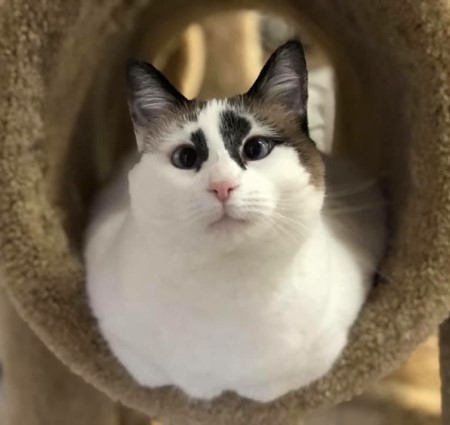 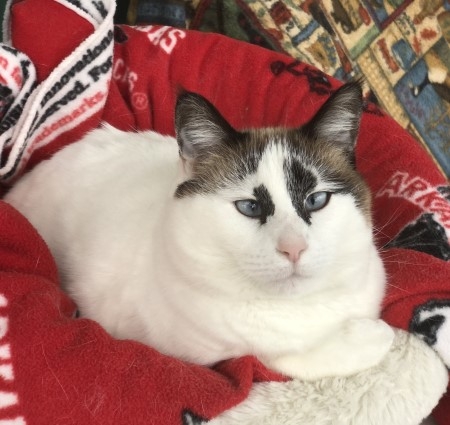 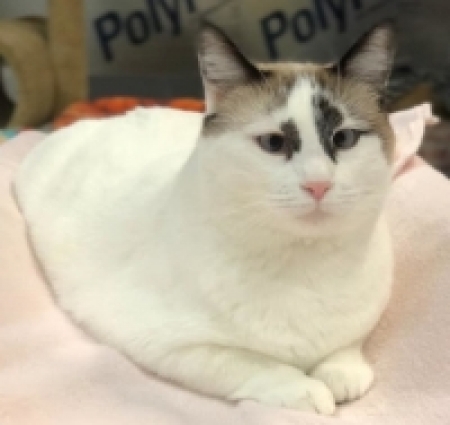 Purrscilla was a great mom, watching over her girls like a hawk. After a few weeks, the little family was turned over to a local rescue group in hopes they could be socialized for adoption. Despite their best efforts, they were just too skittish. They were returned to the sanctuary where they now call home.

Purrscilla is still a bit skittish, but she is slowly warming up to human interaction. It's only a matter of time before she's a loving lap cat.

Watch a video of Purrscilla.