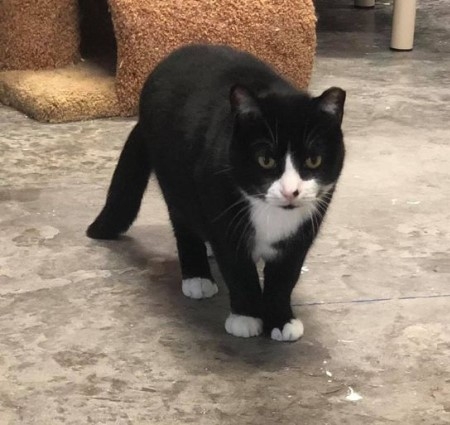 Charlie is from a group of five cats who were left at the Sanctuary a few years ago. Although he still won't let us touch him, he stays close and doesn't run. He was a former street cat but has decided those days are over and now only stays indoor. But really, that's where the treats are handed out. You can't move the treats container without him rushing to be first in line. He's a sweet boy and we're certain one day he will decide we're not so bad. He is destined to become a lap cat!

Want to Sponsor Charlie? Click here to become a Sponsor.