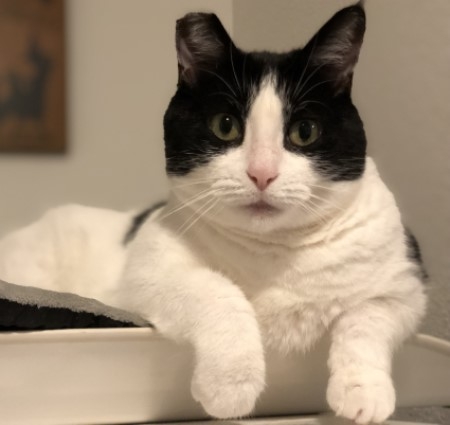 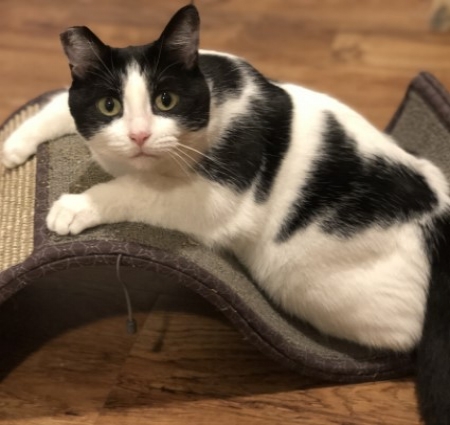 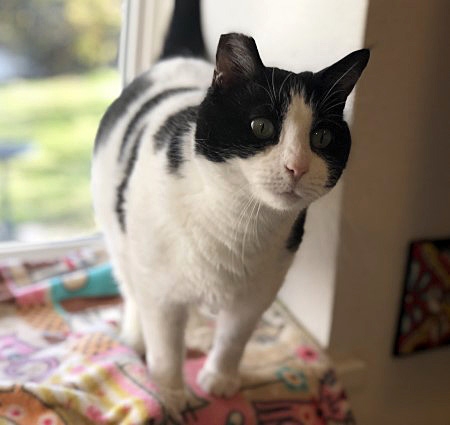 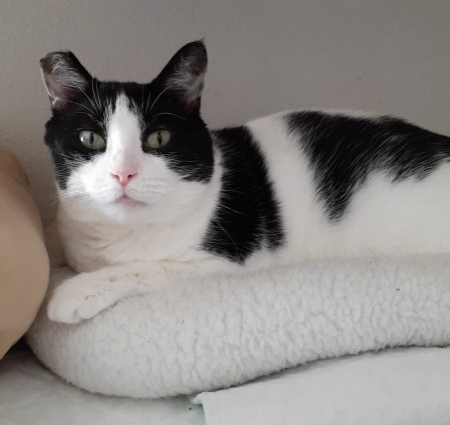 Molly came to us from a colony of cats we helped fix here in town. The house we trapped at belongs to a BHCS volunteer who reached out for help. Her neighbor's cats would constantly breed but he would only occasionally feed the cats. He took in the cute kittens for his kids to play with but as soon as they grew older, they were thrown outside to fend for themselves. Our volunteer set up a feeding station for them at her house and let us set traps to get them all fixed. In total, we fixed 19 cats, most of them females.

Mollie was one of the girls we fixed. It soon became apparent that she was one of the cute kittens who was thrown out as she would cry at our volunteer's door, desperate to be let inside. Unfortunately, she has a very aggressive cat who would not tolerate Mollie. With no shelter to speak of in this area who will accept cats, Mollie's options were few. When our volunteer told us she was being bullied by other cats and chased into busy traffic, we knew we had to step in.

Mollie has thrived here at the sanctuary where she rules the kitchen and laundry area. She will carefully venture outside sometimes but likely still feels vulnerable as she wastes no time in returning to the comfort of her perch in the kitchen. She has a sunny window to watch the birds at the feeders, lots of toys and Hopie to snuggle with when she's in the mood. She's a big snuggler and loves belly rubs. Mollie is available for adoption to a quiet, indoor home.

Want to Sponsor Mollie? Click here to become a Sponsor.