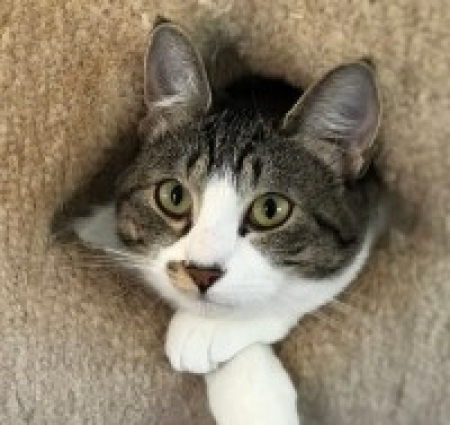 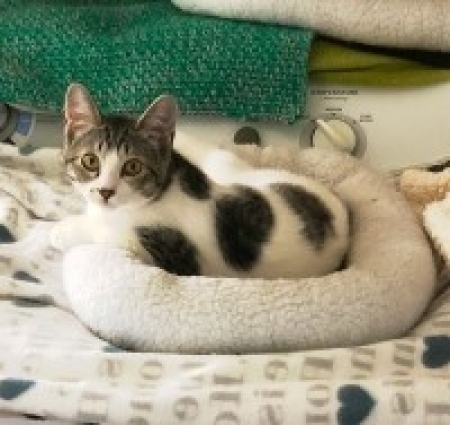 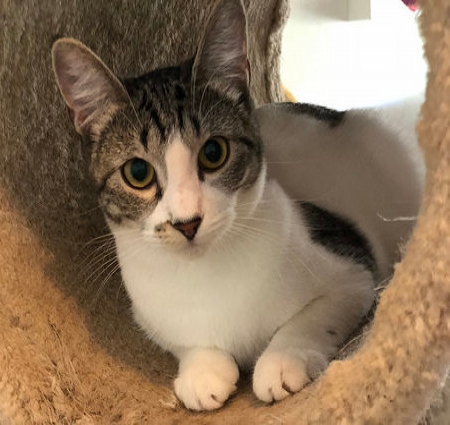 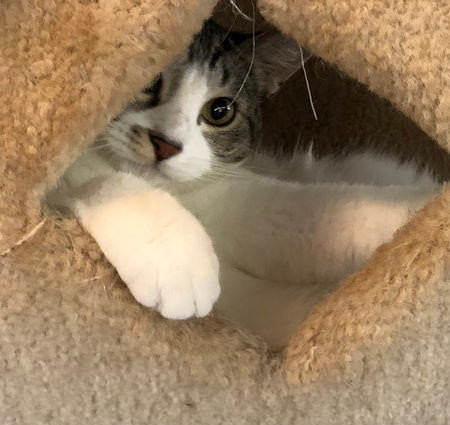 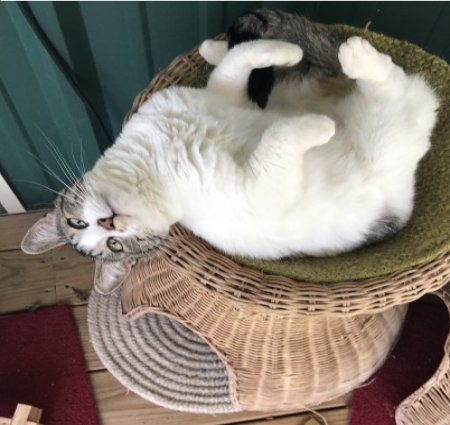 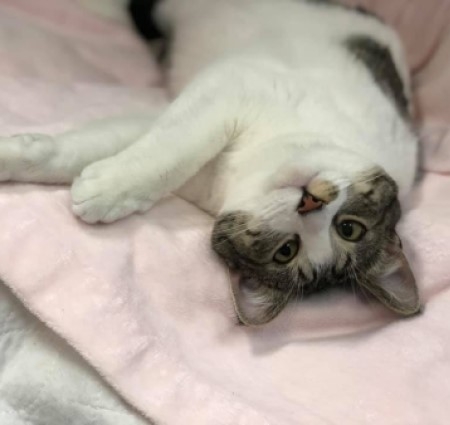 Marie remains a bit skittish, but we're patient. As long as we don't make any sudden moves, she will allow us to pet her and scratch her chin. She still runs from us and doesn't tolerate picking up. We give her another month before she's seeking us out for snuggling. Both sisters are absolutely beautiful and so gentle. Mom still watches over them both and they can often be found in a puddle of white, snoozing away.

Marie's personality is more adventurous than her sister's. Marie's favorite spot is on top of the washer, in the windowsill or trying to open kitchen cabinets. She doesn't want to go in the cabinets, she's just intensely curious as to what's inside. She'll pull down all the contents then sit by them so proudly. Silly girl.

Watch a video of Marie.

Want to Sponsor Marie? Click here to become a Sponsor.