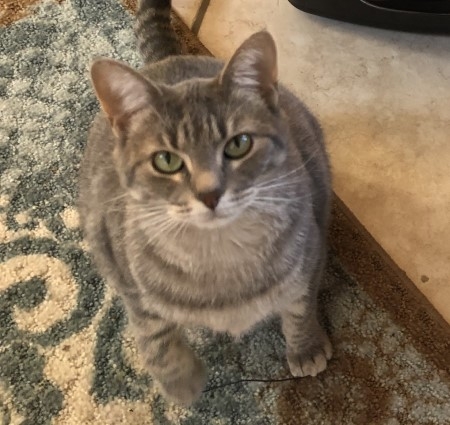 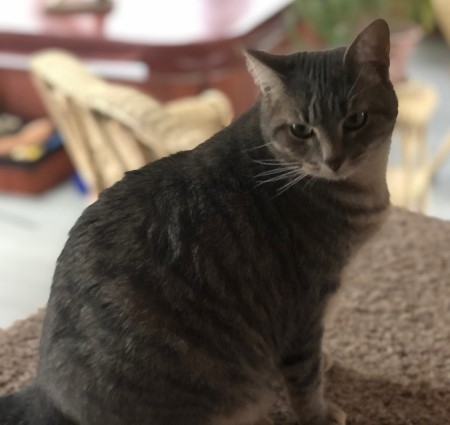 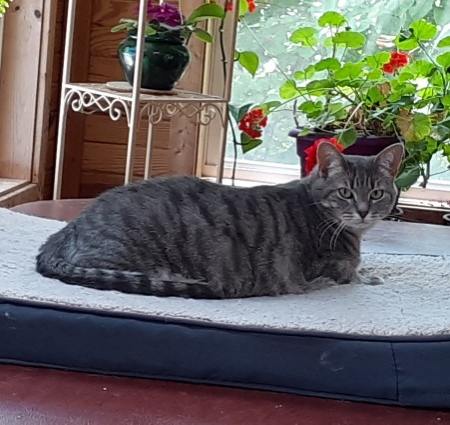 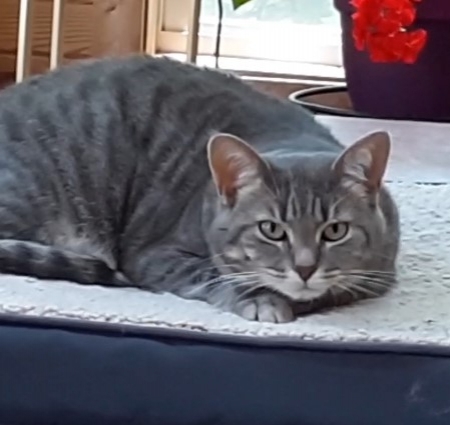 Grace (aka Gracie) was found dumped, along with her three kittens, in a dilapidated and dirty pet carrier behind our local post office in Rogers, Arkansas. While the kittens were easy to secure, Gracie had already escaped the carrier and had to be trapped. She was quickly fixed and reunited with her kittens, who were already eating on their own. Her kittens were adopted to great homes but Gracie would still swipe and bite if anyone attempted to pet her. She was not used to human kindness so we kept her in the house to work with her.

Through positive interactions and a calm approach, she learned to trust us. Hard to believe this once angry girl is now happy, friendly and incredibly playful. She's never met a toy she didn't love and is often running from one side of the house to the other. We suspect she never had the chance to be a kitten and is taking full advantage now. We decided not to traumatize her by moving her to the sanctuary so she remains a housecat. Our other housecat, Layla, has bonded with her like no other cat before so it's a win-win for both girls.

We have since discovered who dumped Gracie and her kittens. It was a property full of animals, drugs, crowding and chaos. The people have since disappeared. We are so grateful we were able to give this little family a safe and happy future.

Want to Sponsor Grace? Click here to become a Sponsor.